It’s way too simplistic when people suggest “stop eating meat” as an action to reduce carbon emissions. Animal agriculture plays an important part of the solution. It’s HOW the animals are raised that makes all the difference.
Attached is an article by the D&R Greenway about a research project in which Beechtree Farm is participating.
Kudos to Charlie Huebner and Bobby Strickhart, our farm helper, for the hard work of moving our cattle over to St. Michael’s.

At the heart of the project is a test of the effectiveness of soil amendments–a combination of minerals and microbes–in raising the productivity of the grasslands and their capacity to store carbon. If successful, the experiment will show how agriculture can help reduce the problem of climate change.

The role of the cattle is to replicate the healthy ecosystem that nourished bison on Western prairies. The impact of the cattle on climate will also be tested to see whether methane emissions from cattle are reduced when they consume nutrient dense forage growth from the enriched pastures.

In the first months following the application of soil enrichment materials, the dry weight of newly planted forage grasses is more than 300% greater compared to control plots. Growing more food on less land is essential for combatting climate change, because if food production per acre can be significantly increased, we would no longer need to cut down forests to feed humans.

“We are very grateful for D&R Greenway Land Trust’s ongoing and active support of this Climate Project through use of their fields and managing their land to accommodate our farming activities. We also appreciate the warm welcome, curiosity and understanding shown to us by community members.”

Cattle Have It Made in the Shade!

The new grazing cattle enjoy the shade of a moveable “cow umbrella.”
“Eleven years ago, when D&R Greenway opened
St. Michaels Farm Preserve, the cattle of Jon and Robin McConaughy’s Double Brook Farm were pastured upon the fields where the new Herefords and Devons graze today.
We have missed seeing cows since they left five years ago.
You could say we’ve been waiting ‘til the cows come home.”

With a spirit of gratitude and joy Charlie and I celebrated living here at the farm for 35 years.We gave two anniversary presents to the farm, a new tractor and a new barn roof.

Most of us by now have heard about the health, environmental and humane reasons why grassfed beef is far superior to industrially raised beef. There’s something more and it’s important, that is FLAVOR. I’ll never forget that first time I tasted our meat. It was an epiphany moment and I knew we were on the right path with our farm. “Wow, So this is what beef tastes like!” Those of you who wear glasses, do you remember the first time you marveled at the details on first putting them on? What a joy to taste those notes of flavor that came through in that bite of beef

Some of my favorite comments I’ve heard:

From an 80+ year old woman, “I bought your ground beef at the Whole Earth Center and I had to come to your farm to meet you. I’ve been eating hamburger all of my life. I love hamburger. Young lady, I just want to tell you that yours was the most delicious ground beef I’ve ever tasted.”

From a mother of small children: “My kids will eat your ground beef without smothering it in ketchup. It’s so flavorful, we don’t need all the extras on top.”

When I asked a woman how she liked the brisket after the Passover holiday. She looked at me with tears welling up in her eyes. “I didn’t know that meat could taste that good.”

Grassfed beef, Grass-fed beef – so tasty. And very good for you too. 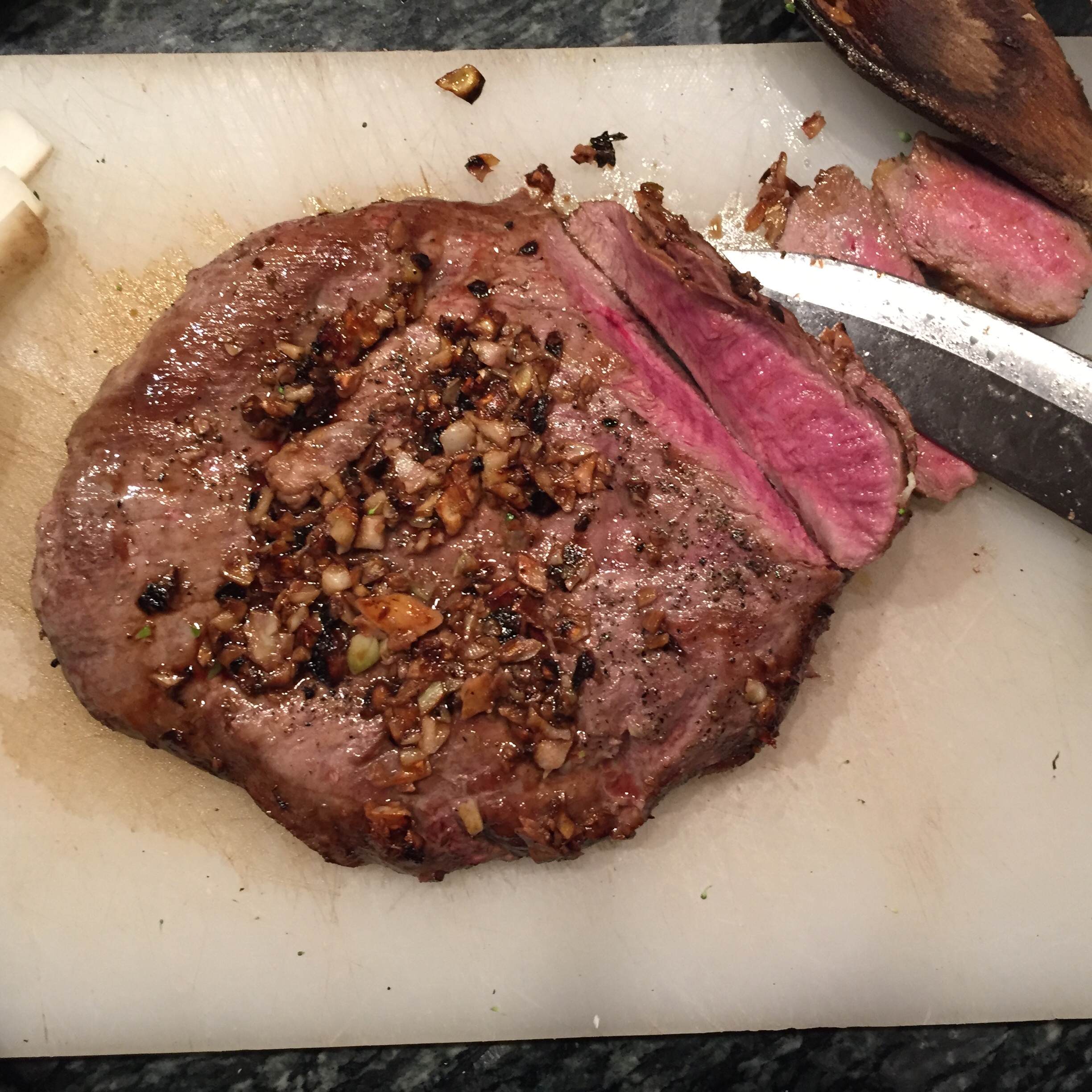 In grass farming, manure is an asset. It’s remarkable how quickly the cow “patties” break back down replenishing and reinvigorating the soil. It saddens us to hear that manure from industrial farming pollute the waters such as in the of the Chesapeake Bay and the Gulf of Mexico.

One of the great benefits of grassfed cattle is seeing these beautiful animals ls in their natural habitat. This lovely sight feeds heart and soul as well as body.

All but one of our ewes have delivered their beautiful lambs. Today is a big day because  the shearer comes. This time of year is intense in the lamb shed. But it’s also a great time for us as we work so closely with the sheep and become more closely acquainted with each other. Soon they will be out all day happily grazing on the pasture and won’t be eagerly greeting us as we bring armfuls of hay.
​​ 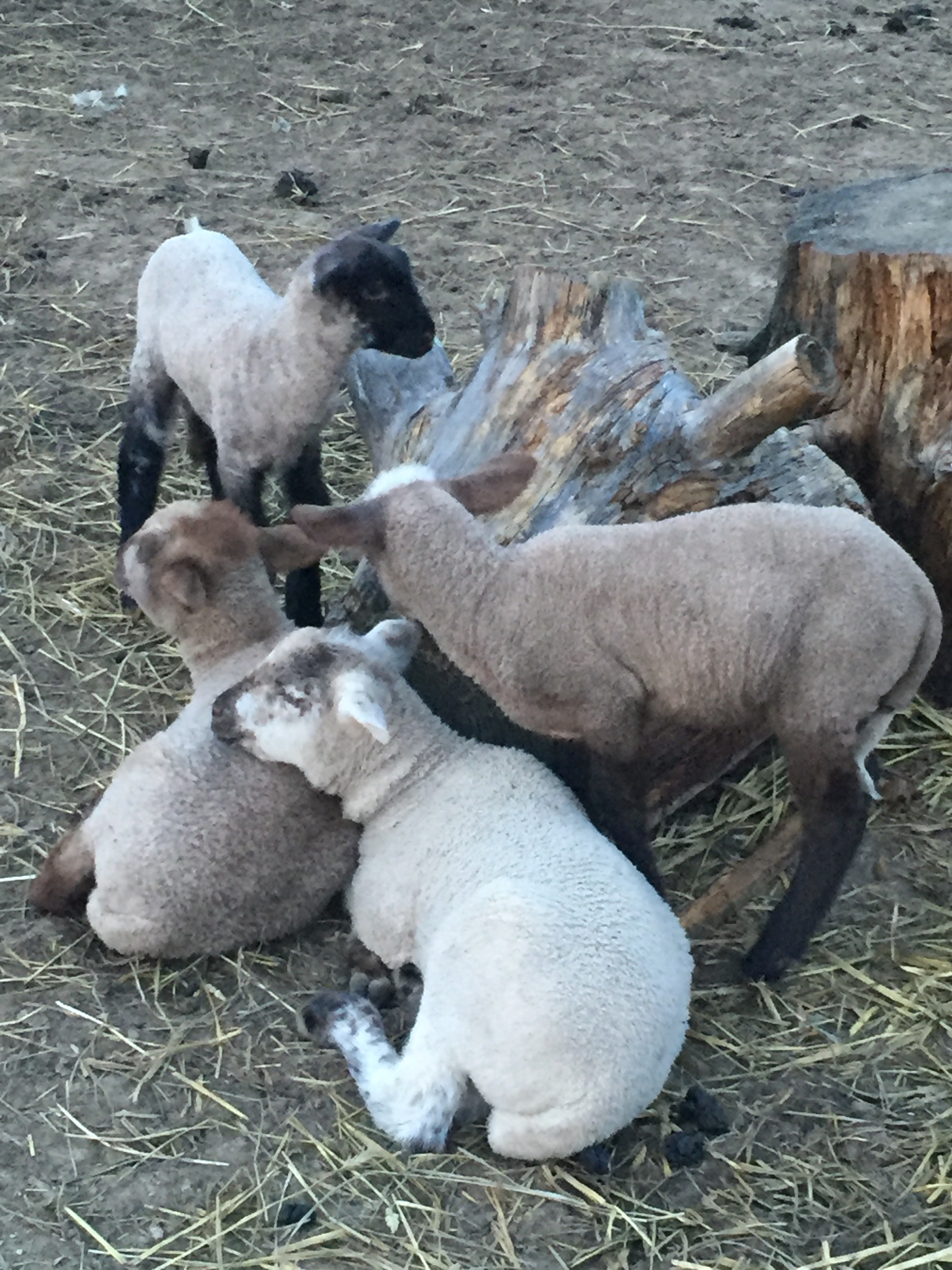 Being a farmer means being part detective and part engineer. Last week the water pressure suddenly dropped. We needed to act quickly to figure out the problem. We replaced out bladder tank and well pump. So now our delicious artesian water is flowing fully again. 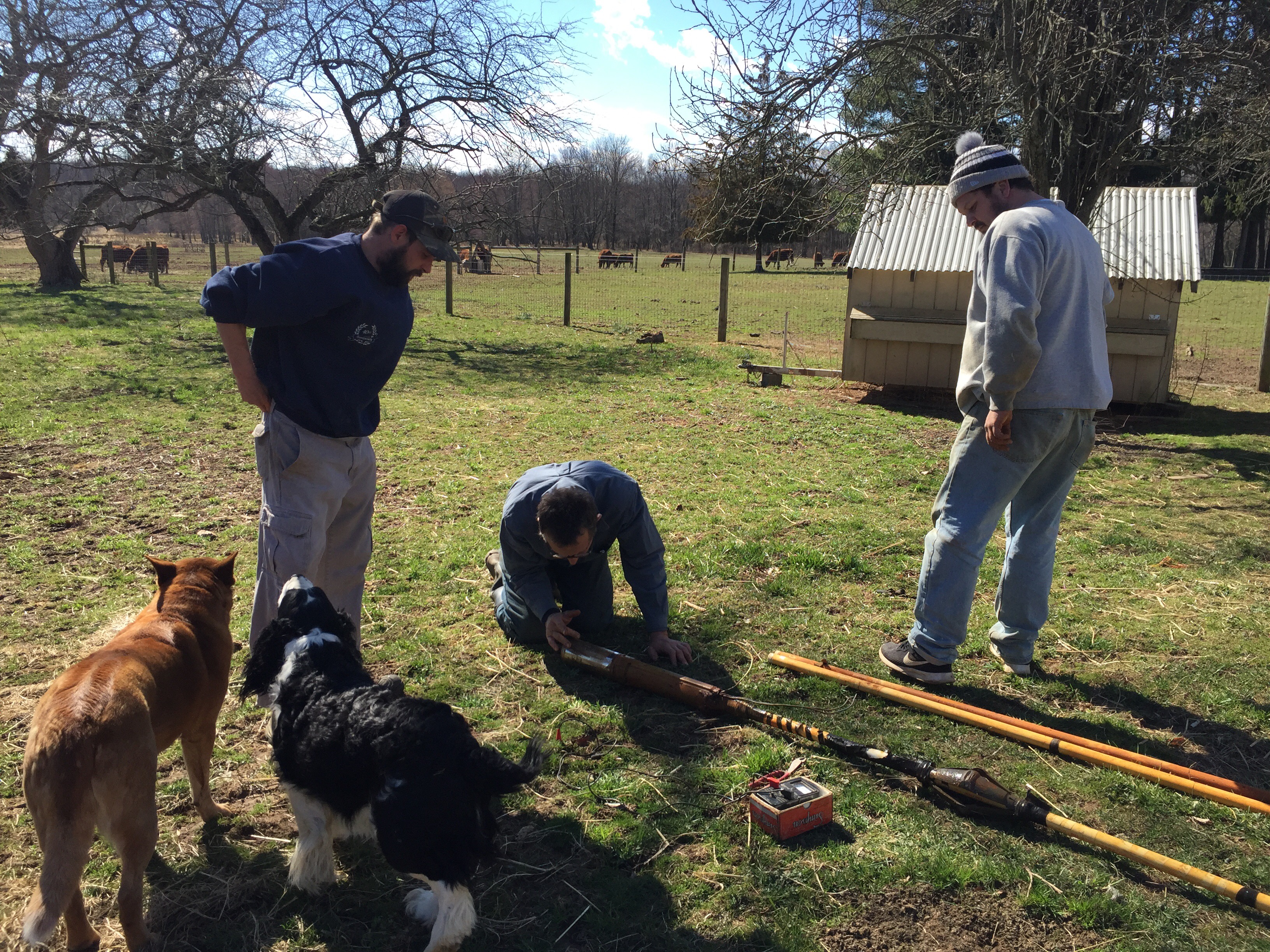 Yuengling is our pet goat. She is two years old this winter. When you visit she is sure to come say hello and demand pets and a scratch behind her horns. Goats are excellent pasture managers, eating wild rose, poison ivy and other weeds the cattle leave behind. 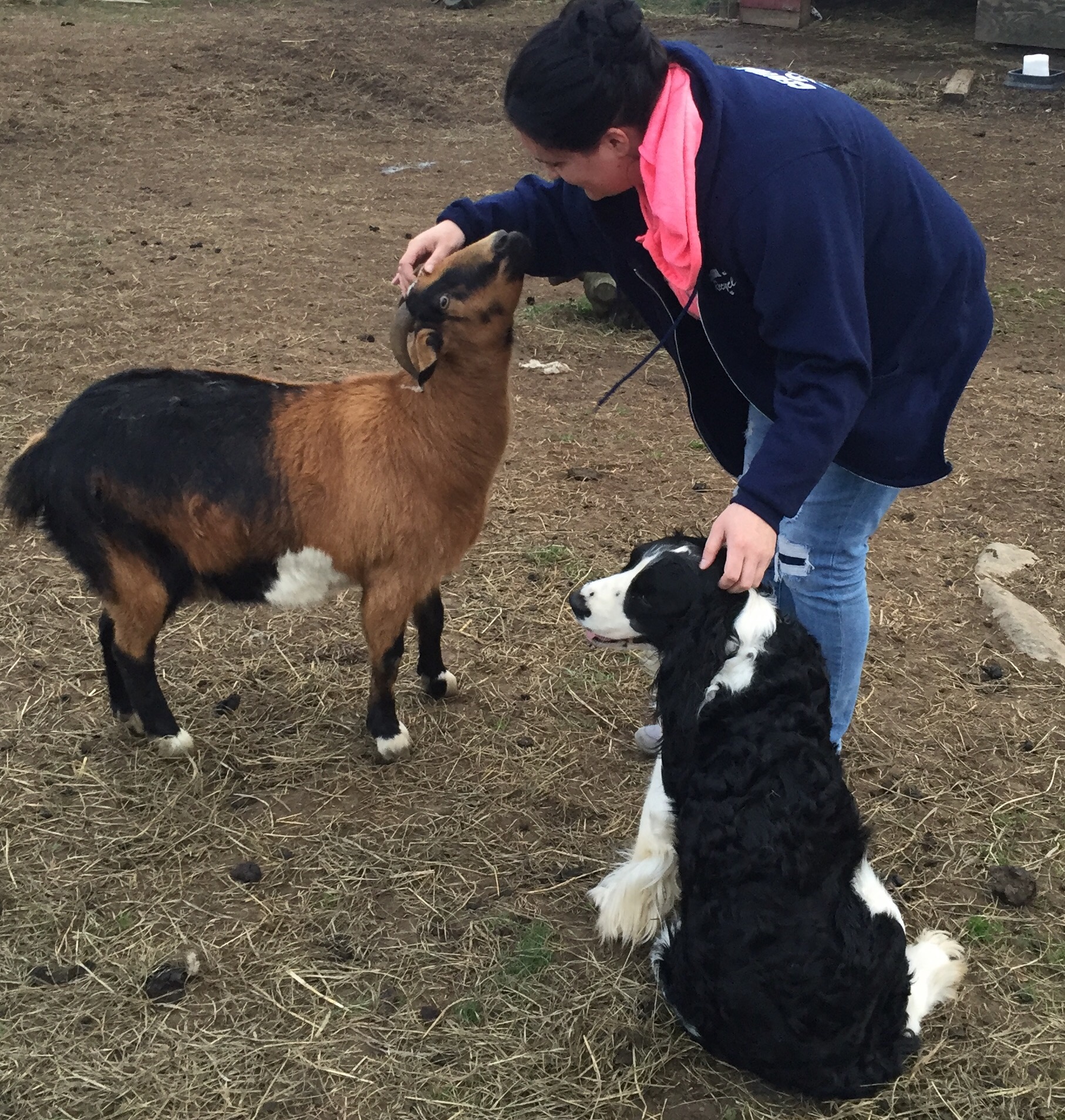